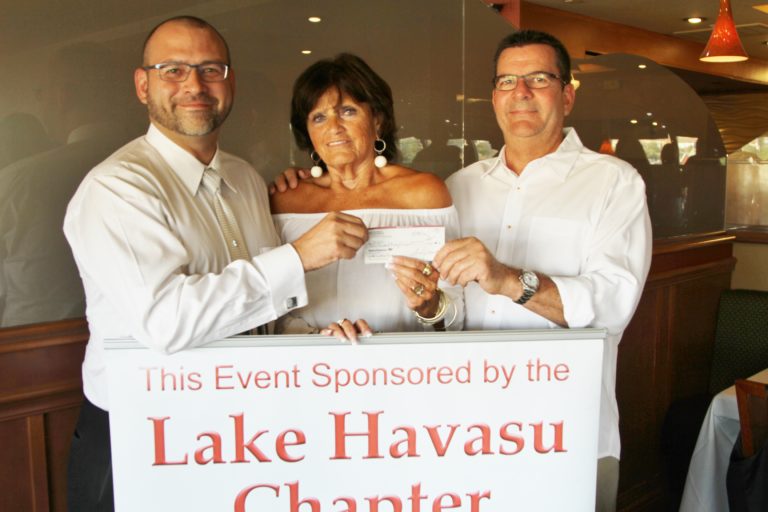 
Photo and portions of the story from Brandon Messick, Today’s News Herald

In August Supporters of the Mohave Community College Foundation gathered at Shugrue’s Restaurant in Lake Havasu for the restaurant’s fifth annual “White Out” charity dinner.  This is the first year the MCC Foundation has participated in the event (in which attendees are encouraged to wear white in celebration of the end of summer).

Last year, the MCC Foundation provided more than $400,000 in scholarship support to students attending Mohave Community College.  The “White Out” event at Shugrue’s was an effort to raise more. More than 45 people paid $80 per ticket to attend the event, 25 percent of which will be given to the foundation by the restaurant.